We started our day with a pineapple force-feeding and a caffeine-free steamer (steamed milk and Starbucks vanilla syrup). Then DW laid down for a pre-transfer acupuncture treatment and face/scalp/foot massage. DW then chugged a litre of water and we got showered/dressed for our appointment.

I also presented DW with some surprise jewellery: 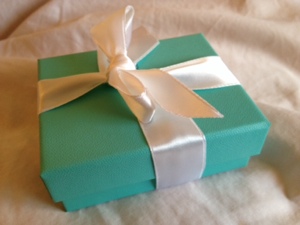 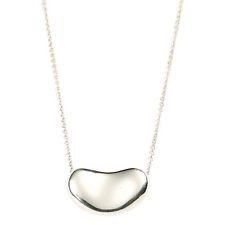 Just before we headed out, I spotted the wishbone we had been saving… 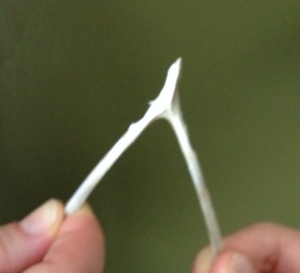 And we made our wishes… 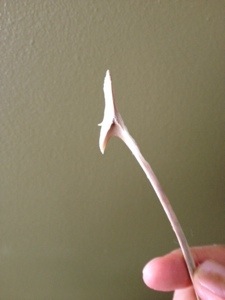 Once we got to the clinic, DW’s full bladder felt like it was gonna burst. Since they were running quite behind, she was given permission to empty it, which made her happy.

She was gowned, and I got to wear the fancy paper smock: 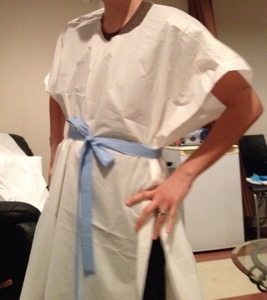 Then we went into the treatment room and they imaged DW’s uterus: 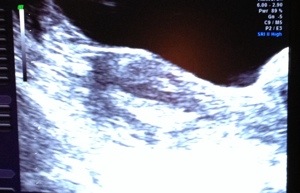 As we were waiting, I noticed pictures of our blastocysts on a screen: 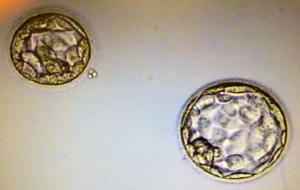 This is them inside DW’s uterus (they are the two bright blobs): 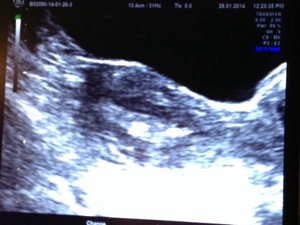 We were moved back into the “lounge”, where we were told to sit for 20-30 minutes before leaving. We made friends with the Chinese couple beside us, who were impressed by my trilingual abilities and how young DW looks (she’s almost 38!). They wanted to be pen pals with us at the end of the lounge time (they were nice, so we agreed).

DW described some minor sensations in her uterus, but felt good, so we went for Korean food! 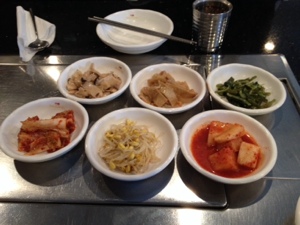 We test on February 5th, but until then, I’ve got some half-finished posts to entertain you (and myself) with.

I’ve officially passed the baton to DW in this relay race we call baby making!