Just heard from the RE nurse. Negatory on the prego. Blood confirmed. Now I stop the vaginal suppositories and wait for AF. What a treat.

Just made Rice.Krispie.treats., bought a 6-bottle case of gluten-free beer, gonna finally take some antihistamines, have an extra coffee, play hockey tonight, and enjoy a much deserved beer in the change room after the game.

I am sad, but these simple pleasures will hopefully dull the pain.

So the people around me suspect that something is up.

I’ve taken a few more sick days this month, and my coworkers are thinking I’m either terminally ill or pregnant.

I’ve missed, and will continue to miss a few more hockey games, so my teammates send me emails asking if I’m pregnant.

I have significantly toned down the intensity and duration of my workouts, so I wonder if the trainers at my gym are thinking that I’m pregnant?

This weekend I’ll be catching up with my family and in-laws at a dinner party. I will not be drinking. I betcha they will suspect that I’m pregnant.

We test in 11 days. Until then, I will be wondering if I’m pregnant.

I really do hope so. 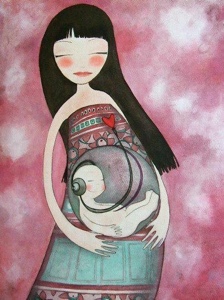 Those who have been following my blog may know that while I ovulate on my own, I have ridiculously short luteal phases. They range from 6 days to about 10, even after supplementation with vit B6. Normal is somewhere between 12- 14 days, while longer seems to be better.

One possible cause of a luteal phase defect is a progesterone deficiency. What happens here is that progesterone is responsible for maintaining the lining of the uterus and preventing it from shedding. Once progesterone levels drop, the uterus begins the process of shedding and menstrual bleeding begins.

Certain events, such as the fertilization and subsequent implantation of a blastocyst release hormones like HCG that prevent the lining from shedding, and allow a pregnancy to continue.

But timing is everything, and if HCG levels aren’t high enough at the time when progesterone levels drop, a chemical pregnancy may occur.

Because of my short luteal phase, my RE prescribed a 3 week course of synthetic progesterone in “bead” form. I was instructed to insert two of said beads into my va-jay-jay twice daily. I could take them orally, but the side effects are more intense that route.

After weeks of anxiously waiting and hoping, today finally arrived. Yesterday morning I went in for blood work and ultrasound, and right before being discharged, the nurse gave me the okay to inject the Ovidrel in the evening. Curious about my LH levels, I peed on an OPK stick in the late afternoon, and it was positive. I wish I had tested a few times earlier, to see when I started peaking, but oh well. Being a science nerd, I’ve researched enough to write a literature review on the topic. Anyway, all I knew was that I had already started to naturally ovulate, and the Ovidrel was gonna give that egg the extra kick out the door. I’m curious to see what my BBT is tomorrow morning.

Last night, I was a bit of a baby with respect to the Ovidrel. I made lots of whining noises and borderline crying/pleading while my Darling Wife held the needle like a dart and in fact, referred to it as such. She took great pleasure in tapping the inverted syringe, and depressing it to get air bubbles out. It made me nervous, very very nervous.

It all ended up painless in the end, and I felt awfully silly for the tears that were nearly out of the ducts. The dog looked at me with disappointment and called me weak.

We watched some Walking Dead and then headed to bed. I had the best sleep that I’ve had in a long time. Not sure why.

I woke at 6:15 am, naturally, before my alarm, and was excited for the day. The drive was great, and we stopped at Starf#@!s Coffee so that I could grab a Grande-SFV-L-NF-latte on the way to the clinic. This kept me from getting grumpy due to hunger (a major problem that I suffer from).

At the clinic, there were 2 other couples there. It’s funny observing the demeanour of straight couples at these clinics. The women mostly look anxious, and the men always look embarassed. It’s the same look they wear when buying tampons for their women. DW got in a conversation with a straight couple about Sesame Street doing a vocabulary lesson on the word “Incarceration”. By conversation, I mean, they were a bit ignorant, and she did her best to bite her tongue and not make it a “learning opportunity” for them. This is teacher talk for setting them straight (no pun intended). DW is extremely intelligent, and does not suffer fools well. It sometimes results in “mini-scenes” with strangers, and I am glad today’s disagreement didn’t lead to that. After all, the clinic was holding our sperm hostage, and I had already paid for everything in advance.

We were directed to the IUI room by “Harpreet”, and I was very surprised by how bland and ordinary the treatment room was. It looked like a regular physician’s exam room. I’m not sure if it’s the price that we paid (in addition to the price paid by our provincial insurance plan), or the fact that we’ve waited three months for this procedure, but I was expecting more. I expected an ultrasound machine, and for the doctor to watch on the ultrasound as the catheter was threaded through my cervix…. I pretty much expected to watch as he walked the sperm down the aisle. Unrealistic? Partially. I also felt like the RE talked it up this way, because I had no preconceived notions of what this experience was going to be like. Plus, the waiting rooms are all swanked up, connected by a spiral staircase, and equipped with fireplaces, big screen TV’s, and interior decorating that makes you sort of want to smoke a cigar. Not sure why.

So in this waiting room, I was asked to remove my shorts and underwear, and drape a big sheet of medical paper towel over myself. DW and I took some funny pictures of me making some obscene gestures and hand positions towards the medical diagram of the female reproductive system. What can I say? We were in a classy kind of mood.

Our sperm, who we’ve nicknamed a name I can’t write on the world wide web, was in a vial on the counter, washed and suspended in some pink stuff, ready to party. We took some pictures of the vial. Clean pictures. I did not do dirty things to it.

A nurse came in to do the IUI, and was kind of rough with my cervix. DW says that my cervix is shy. She points down and tucks her head a bit to the side. Not to worry though, the nurse clamped her and forcefully straightened her out. Similar to when I grab our dog by the scruff as she’s about to dive face first, mouth salivating into a pile of some other dog’s shit. Graphic, but it’s the only way I can describe the pain. I clenched my jaw and fists, and did my best not to shout a mouthful of profanities in front of the strange nurse. Out of the corner of my right eye, I see DW getting up, taking a step toward the nurse. She didn’t punch her in the face like I had hoped, however. She asked if she could depress the syringe- send the boys off on their race. As lesbians, this is one of the ways that a NGP (non-gestational parent) can actively take part in the insemination process at a clinic. I must admit, I really enjoyed our IUI #1, which was done at home, with DW dressed like a caver, headlamp, gloves, focus faced and all. I don’t remember if I wrote an account of that experience. Maybe I will some day. It was so much fun, and absolutely hilarious. I literally quieffed (spelling?) out a good lot of the sperm because I was laughing so hard.

Back to IUI #2. So DW injected me with the love juice, and then the nurse told me to stay laying down for 15-20 minutes. Holy crap was that the longest 20 minutes ever! So long in fact, that we got ourselves into a bit of stuff we probably shouldn’t have. Perhaps you can put the following pieces together: some of the precious and expensive love juice dribbled out and onto the medical table; there was a microscope in the room; we found slides and cover slips in a drawer; we both have multiple degrees in science and/or medicine.

Anyways, the drive home was fun. I dropped my iPhone and closed the car door on my head while trying to climb into the already-reclined passenger seat. I buckled up and lay back with my feet on the dashboard. Again, classy.

The rest of the day was quite uneventful. I was supposed to lay down and take it easy for the rest of the day, but I felt restless and felt like tidying and cleaning the kitchen. This turned into me making a nice breakfast of bacon, eggs, and a breakfast sammy for DW. I made batches of semolina and gluten-free pastas with ground turkey pasta sauce for our lunches for today and tomorrow. I also marinated and bbq’d salmon filets and sauteed shredded bok choy. Then I stripped the guest room bed of sheets and did two loads of laundry. I also marked two class sets of labs, and cleaned a bit.

Now I’m blogging, and considering going to the grocery store at 9:30 at night.

Can you tell I’m excited?

This is gonna be a long two weeks…. 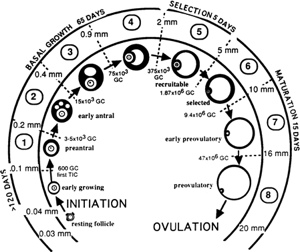